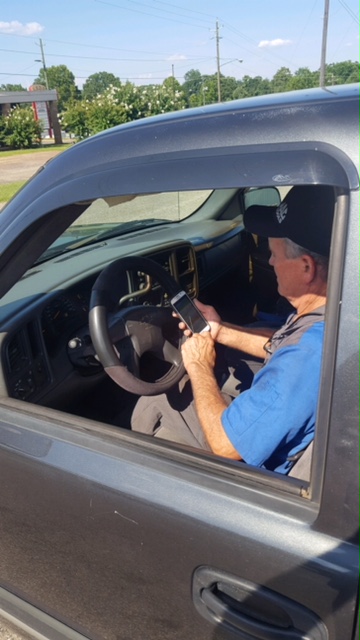 ALBANY, GA – It’s been a week and a half since Georgia became a hands-free driving state, with well over 200 hands-free tickets being issues statewide since Sunday, July 1 when the law took effect, said Troopers with Georgia State Patrol.

“Before the law took effect, I touched my phone probably at least a few times every time I was in the car,” said Ali’Yah Martin, Albany Citizen.

Though citizens in Dougherty County admit to still touching their phones occasionally, Martin said abiding by the new law has not “been a difficult transition, but I almost have to pop myself. I still touch it once or twice, but then I remember and make myself put it down.”

Lt. William Dowdell, Albany Police Department, said, “Since it’s been active, I haven’t seen very many with phones in their hands. But that could be one of two things; they could be abiding by the law, because citizens have actually bought all the Bluetooth’s you can find. Target was actually empty one day. Or, citizens are holding the phone, but holding it down lower so it can be ify with what they are actually doing.” 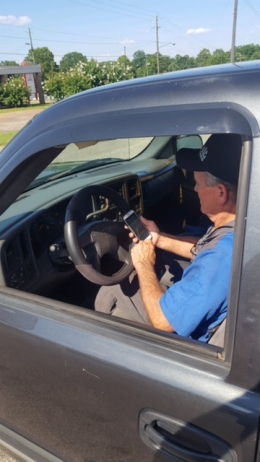 Before the law came into effect, Albany Police say the problem with distracted driving in the area was horrible, texting, making calls, and surfing social media or the web being a large problem.

The new law was passed after the Georgia Governor’s Office of Highway Safety estimated that there are more than 3,000 deaths a year from distracted driving, including talking on the cell phone, texting, using GPS or other devices that take the driver’s attention off of the road.

“The new law, we have begun to see, has really cleaned up distracted driving in the last few days,” says” Lt. Dowdell.

This shows that many drivers in the city limits are adjusting well.

“The new law is a good measure to keep down from distracted driving, and to eliminate a lot of accidents that could potentially be harmful to r distracted drivers and others. I think it is going to be very beneficial and a good thing for the state of Georgia,” said Martin, Albany Citizen. 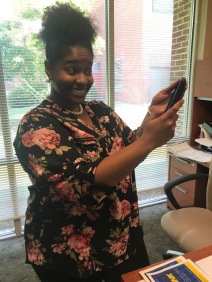 Citizens, like Martin, prepared early for the law, buying Bluetooth devices or auxiliary cords ahead of the implementation of the law.

“I actually went and bought an auxiliary cord for my old car without Bluetooth and my other car will sync with my phone so I know I won’t be picking up my phone while I’m driving,” said Martin.

Albany Police and Lt. Dowdell said citizen’s have not only been buying Bluetooth devices and auxiliary cords, but have bought other devices, such as car mounts, ear buds that can be separated or that only have to have one in use to hear and talk, and activating Siri.

Albanians’ said that part of the adjustment has come from trying to prevent the consequences of fines and points taken off of the driver’s license.

“The first offence is a $50 fine and one point on your driver’s license. The second offence is two points on your driver’s license and a $100 fine. The third and subsequent offences are three points a piece taken off of your license and a $150 fine. If you accumulate 18 points taken away in a 2-year period, your license is revoked. So, if you don’t abide by the hand-free law, those points can accumulate quickly and it won’t take long,” said Lt. Dowdell. 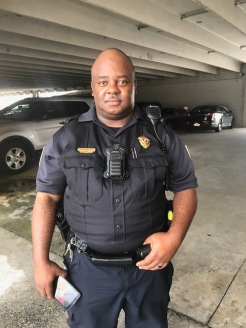 Albany Police and surrounding police said they circulated the information through the community through word-of-mouth, social media, print matter, and web pages before July1st, which had a large effect on driver’s awareness of the law and the low amount of tickets given in the last week and a half.